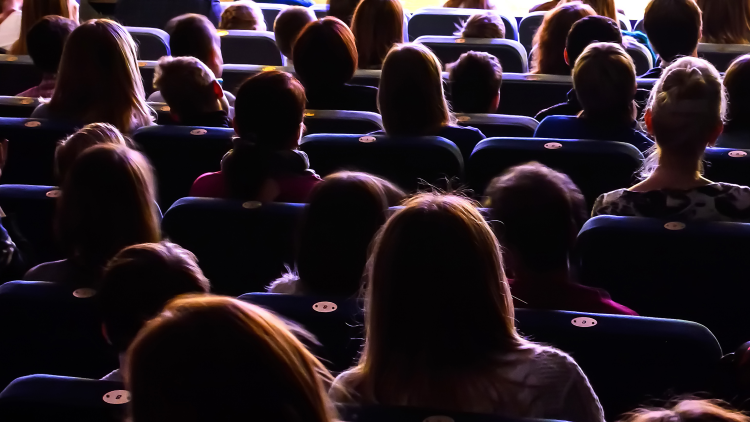 In March, the College’s Prospect Theatre Company, our second year drama enrichment group, took part in a workshop at The Royal Court Theatre in London. Following the workshop, the students watched a thought-provoking performance of E.V. Crowe’s, ‘Shoe Lady’, starring Katherine Parkinson, from TV programmes such as ‘The IT Crowd’ and ‘Doc Martin’. E.V. Crowe is a graduate of The Royal Court Young Writers Programme Super Group and a writer for film, TV, radio and dance. Crowe’s works include ‘Kin’ her first play which was nominated for the Most Promising Playwright at the Evening Standard Awards, ‘Hero’ and ‘The Sewing Group’, with ‘Shoe Lady’ being her most recent play for The Royal Court.

The workshop taught the students some of the methods that E.V. Crowe uses when writing plays, her key method being, “Don’t look at the shark, but instead the fish on the shark’s back”. This is a tool to make big topics more accessible to write about. One group explored the theme of identity, and their fish was their image in the mirror. The students then created a short piece of writing following someone’s reflection changing in the mirror, a subtle loss of identity. Other groups explored sex work, isolation and the environment. On leaving the workshop, everyone felt highly inspired to either continue writing or start.

The performance delved into subjects such as femininity, the pressure put on mothers and miscarriage. Whilst exploring these sensitive topics you find yourself laughing and identifying with the action. A highly surreal play; as well as Parkinson being the only character that speaks for the first 15 minutes of the play, there is a pair of talking curtains and a set that changes before your eyes. The audience was transfixed on Parkinson, whose character was a middle class mother. There was no interval - the thought of pausing the action was unthinkable. A strong bond was built between actor and audience, in a way that you just cannot achieve through the screen.

Everyone thoroughly enjoyed the workshop and the show – it was gripping from beginning to end. I would highly recommend going to see it if you have a chance.

Many thanks to The Royal Court’s Ellie and Adrian for putting on the workshop and to Rebecca for finding and organising such a unique experience for us. Overall, it was a brilliant evening that not one will be forgetting anytime soon.