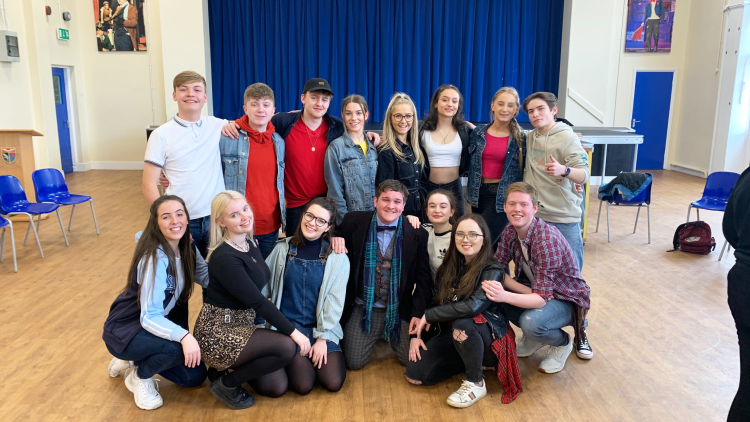 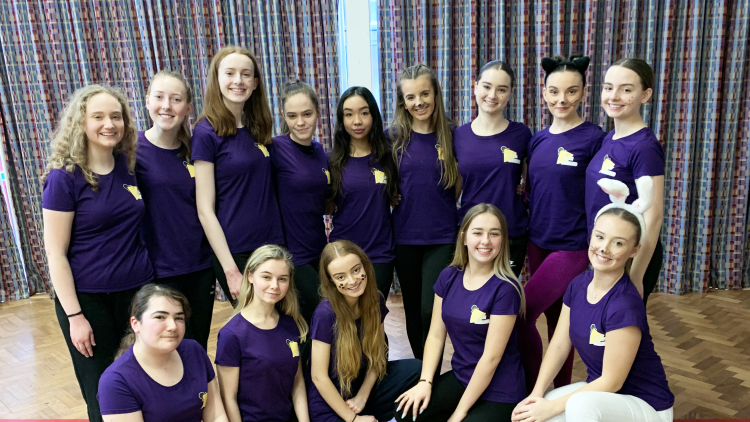 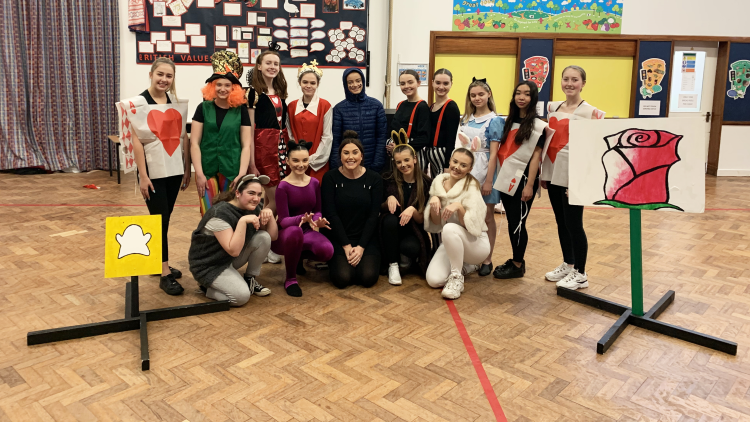 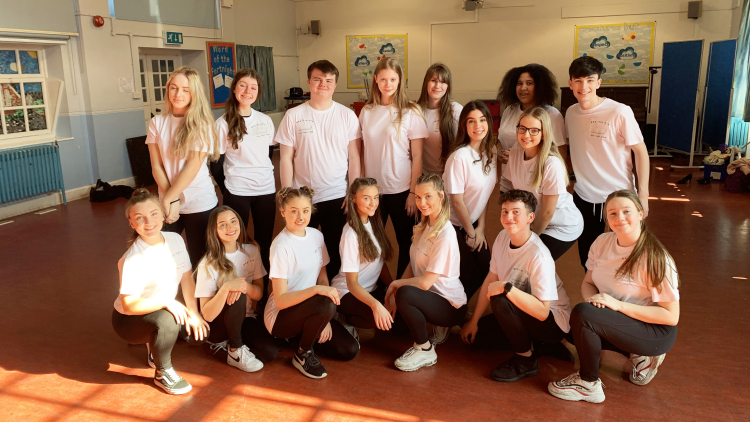 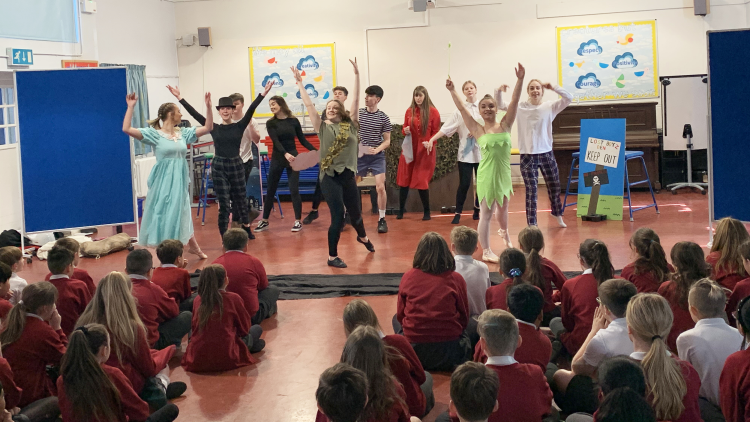 Back in March, our second year performing arts students completed their ‘Theatre in Education’ unit. The unit requires students to work in teams to create and run their own theatre companies. The pieces that the students create are then shown to primary or secondary school students.

The students had to work together on devising a performance and workshop as well as managing every other aspect of running a theatre company including administration, marketing and budgets.

The first group who named their company, ‘CreativTIE’, took their performance of ‘Peter Pan’ to Cove Junior School. Their concept focused on the idea that the Lost Boys represented homelessness amongst young people.

The second group, called ‘Stage Engaged’, took their performance to Cherrywood Primary School and decided to re-work ‘Alice in Wonderland’, with Alice falling into her phone and getting caught up in the trials of modern social media.

The final group, ‘Bottled Up’, decided to take their performance to Fernhill School and used the classic 80's film ‘The Breakfast Club’ as their inspiration for their piece entitled 'After The Bell'. They looked at the ideas of gender identity, body image and the pressure on young people to fit into certain stereotypes.

The workshops, following the performances, tasked the school pupils to explore their own creativity in devising theatre based around the topics they were presented with.

Our students took inspiration from a wide range of theatre companies to help them engage the pupils and get their creativity flowing. It was a huge success – well done to everyone and thank you to the local schools for hosting us.