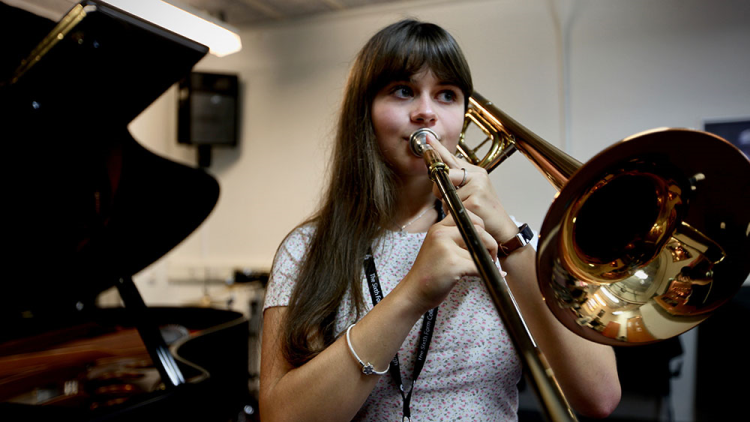 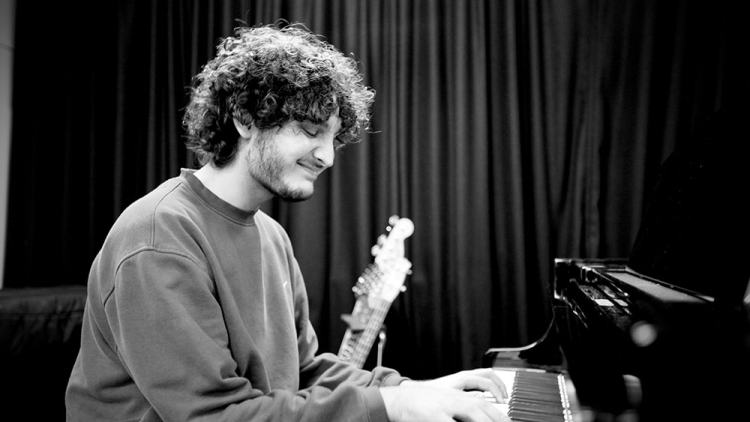 At the beginning of October, second year and newly appointed first year Music Scholars performed in the College’s first live-streamed concert.  Staff member Richard Robbins, who leads on the various music enrichment opportunities at the College, hosted the evening.  The concert included a diverse range of musical styles, from electric guitar to Beethoven!

The Performance Room was a fantastic venue for BTEC music performance student and scholar Alex Tarttelin, who rocked the evening with ‘Laid to Rest’ by Lamb of God on the drums.

The final venue for the concert was the Prospect Theatre Foyer, where second year student Rania Bouzekraoui sang 'Summertime' by George Gershwin and first year student Sandro Shargorodsky, who also accompanied on piano, sang a beautiful version of ’My One and Only Love’.

The closing performance was a scholar ensemble piece led by our Musician in Residence, second year student Lou Newton.  Lou created a spine-tingling arrangement of ‘Bridge Over Troubled Water’ by Paul Simon.  She accompanied the ensemble on piano, with Rania Bouzekraoui and Joe Edwards on vocals and Paris Dhillon, Ellen Payne and Julia Curry on strings.

Well done to all of the Music Scholars who took part – your performances were inspiring!  Watch the video below to enjoy some of the highlights from the concert.