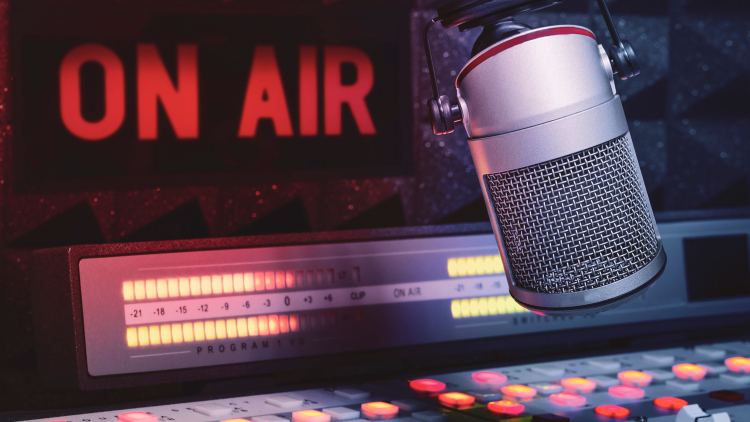 The Prospect Theatre Company, which runs as part of the college-wide enrichment programme, would usually be at this time of the year in the thick of rehearsals for a theatre production. Given the difficulties of performing plays to a live audience at present, the company are currently writing and rehearsing a series of radio plays with a view to record and broadcast them to the college community later in the term.

Students were delighted when Nick Warburton, a well-known BBC radio and television drama playwright, offered to talk to them about his experiences. Nick has written TV scripts for Holby City and EastEnders and created the original drama series ‘On Marble Fen’, a radio play which is one of the few recurring series on BBC Radio 4’s Afternoon Play.

Nick gave a really thoughtful presentation on the radio drama medium, covering such aspects as the importance of the audience, how to create the visual picture and interpreting character through audio. The students learned that, for radio, you have an audience of one, which makes it an intimate form of drama and that this might be considered to be one of its greatest strengths. Nick discussed the importance of using words to help create the visual picture. He also spoke about using music to create atmosphere, the impact of silences upon mood and meaning and even the physical movements of characters.

The students also learnt that a good director might ask their actors whether there was another way of saying a line or what they are thinking at a particular moment in the action to help them find the best way of expressing their meaning.

The students are looking forward to applying what they’ve learnt from Nick to their work.

A Celebration of Christmas

to mark the festive seaso...

BTEC students take to the...