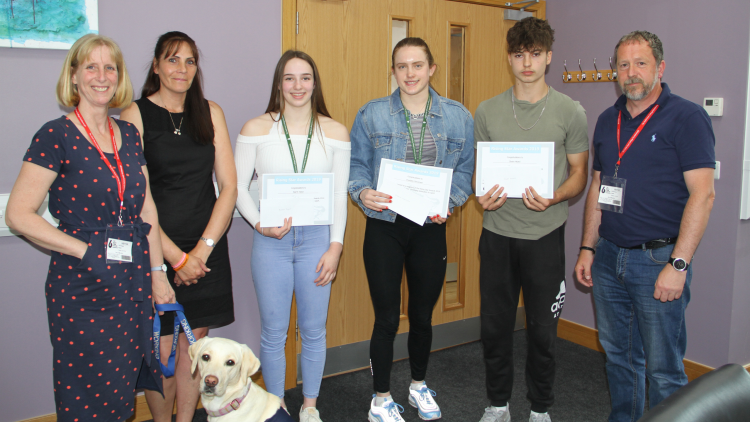 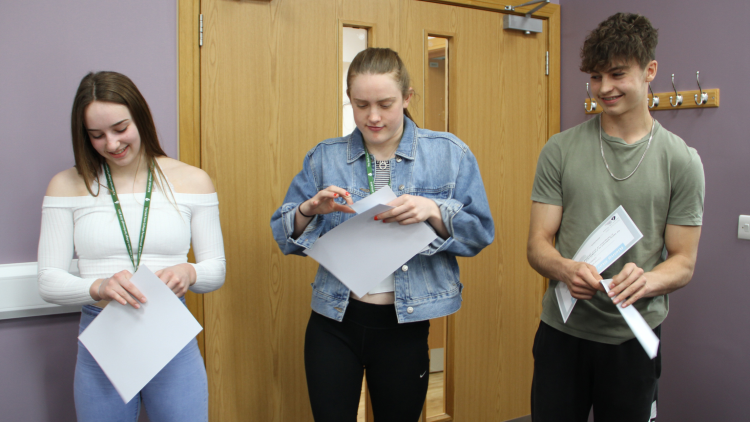 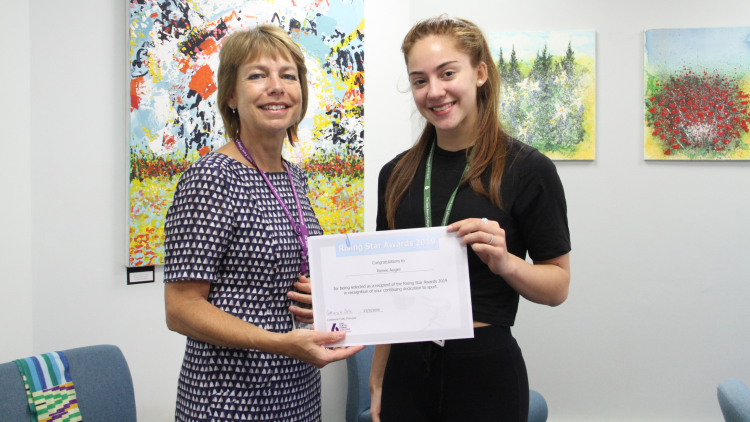 Four students have recently been presented with the 2019 Rising Star Award. This is the second year of the awards which were introduced following the creation of The Stacey and Lucy Foundation.

The Rising Star Award helps College students in their quest to reach the next level in their chosen sport by awarding grants to go towards sporting equipment, transport costs and competition fees.  We received a number of applications from young hopefuls and, after reading them all, the families of Stacey and Lucy selected this year’s award winners.

Stacey’s mother and father, Helen and Lee Burrows, and Lucy’s mother Lisa Pygott, accompanied by Rosie the dog, were delighted to make awards to the following four outstanding young men and women:

Charlie Stevenson is a national swimmer who is aiming for British Championships.

Niamh Taylor competes at national level for artistic gymnastics and is trying to qualify for British championships as an elite gymnast.

Owen Heard represents the country and competes internationally at pole vault and hurdles and is aspiring to be at the top of the rankings.

Reneé Augier is the current British champion in the senior trio and the group category of aerobic gymnastics and is taking part in the European championships this year.

Speaking after the prize giving ceremony, which was held at the College, award winner and first year student, Owen Heard said, “As an athlete, the funding will help to cover travel costs for training and competitions, purchasing equipment to train, and fees for training camps. As a pole vaulter, getting a new set of poles will be very beneficial for my performance. Thank you.”

Charlie Stevenson, award winner and first year student commented, “This award will really help as I plan to put the money towards a training camp in Mallorca in October. This will enable me to start the new season in a strong position and will make a huge difference to my progression over the next year.”

Principal, Catherine Cole said, “Congratulations to all of the students granted an award. It’s great to see students doing so well in their chosen sport whilst managing to still stay dedicated to their academic studies. I wish them all the best of luck for the future.”