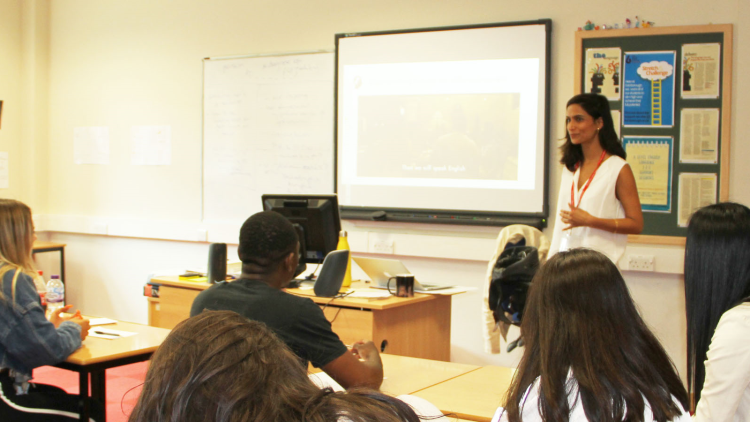 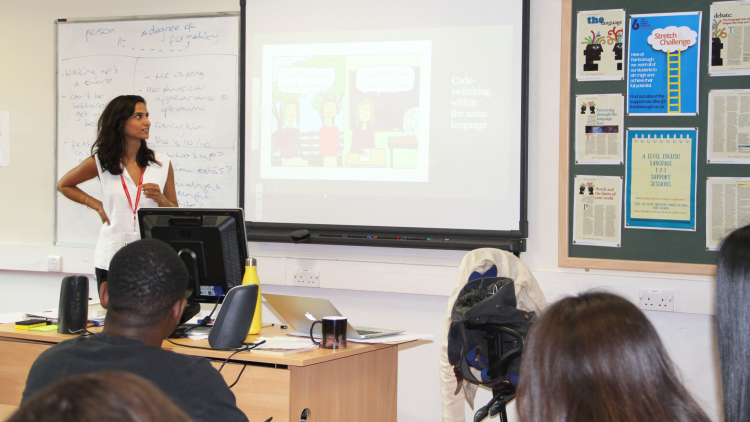 Shadow Heroes is a series of creative workshops for secondary school and university students with three main aims; to use translation to explore and broaden awareness of implicit bias(es); to transform the way language and language-learning is seen and understood and to demonstrate the political power of translation as a tool for social inclusion.

Gitanjali has worked extensively with modern foreign languages students, but the workshops delivered at the College were the first Shadow Heroes workshops tailored specifically for students studying A level English. Gitanjali introduced the students to the concept of 'code switching' which is the way that speakers (multilingual or otherwise) alternate between languages or styles of speaking in conversation. She highlighted the way speakers code switch through a series of engaging and creative activities. The students were encouraged to question cultural stereotypes and consider the relationship between language and identity.

Gabi Reigh, Curriculum Manager for English Language and Literature commented, “The Shadow Heroes workshop has helped the students gain a fresh perspective on how the language we use reflects who we are and enabled them to think critically about the assumptions we might have about people from different backgrounds. The activities on 'code switching' were imaginative and energised the class, making this concept memorable to them so that they will be able to apply it to the texts we study.”