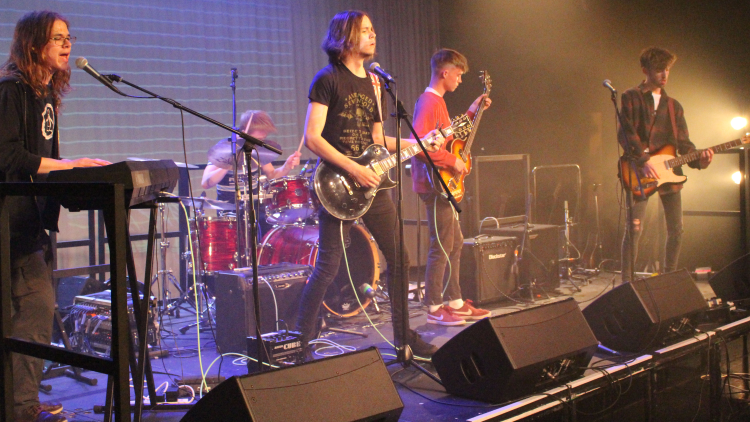 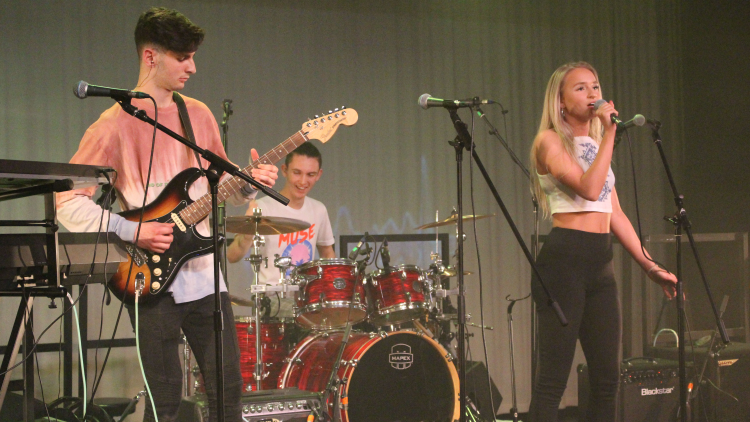 At the end of the summer term, students studying BTEC music performance took part in a summer showcase to celebrate the end of a successful first year of their studies.

Leading up to the event, students were assessed on independently forming their own bands, deciding on their repertoire and organising rehearsal sessions to make sure that they were fully prepared for the show.

On the night, a total of eight bands took to the stage at the Prospect Theatre. Each band performed set lists featuring styles from electric funk, dynamic grunge and modern indie-rock to more intimate acoustic sets. The students showed real professionalism during their performances and executed some brilliant arrangements of tracks by artists such as The Wombats, Arctic Monkeys, Red Hot Chilli Peppers and Muse. One student also performed a captivating rendition of ‘Read All About It’ by British singer and songwriter Emeli Sandé.

The show was a sell-out and all the students were immensely proud of the progress they had made over the past year.

Caroline Hordley, Subject Leader for BTEC music performance said, "What an amazing event! Each band has worked so hard over this past year honing their skills, not only in their instrument, but also their overall performance and stage presence. As a result, they put on such a brilliant show, one that could rival that of the professionals.”