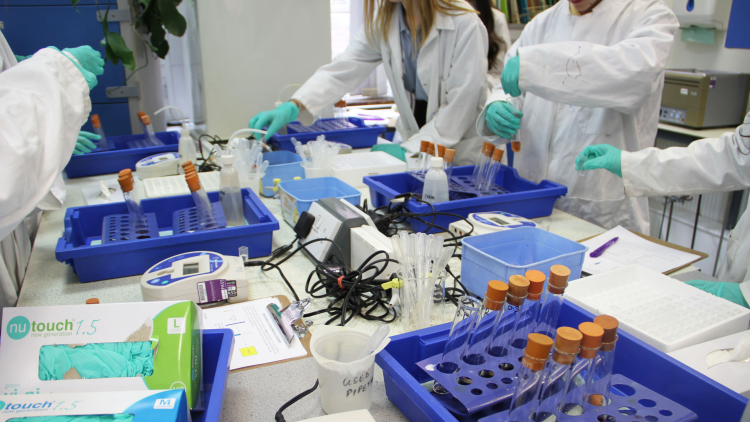 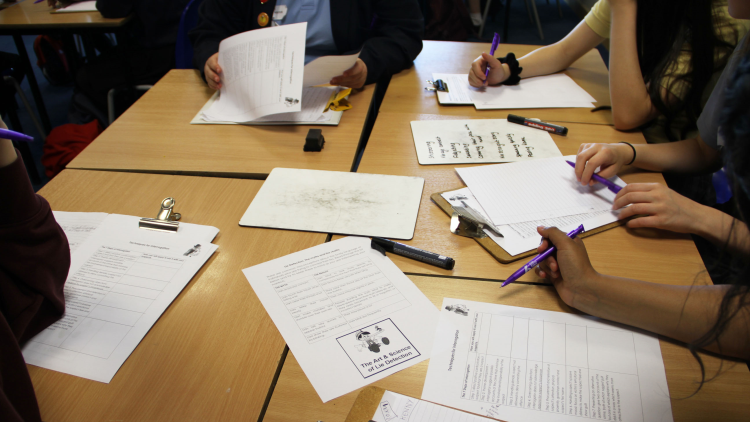 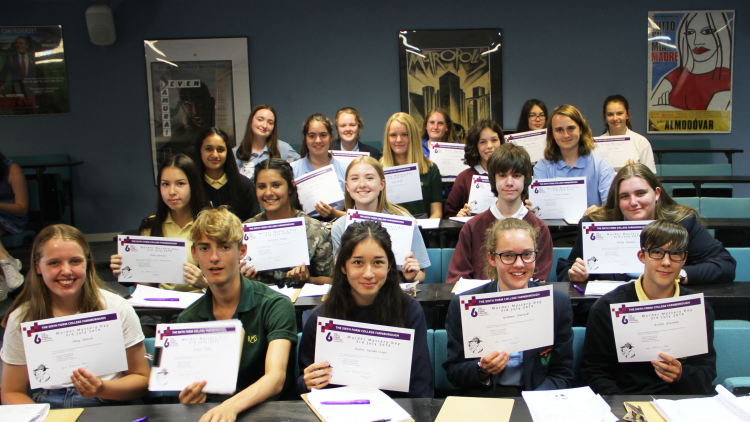 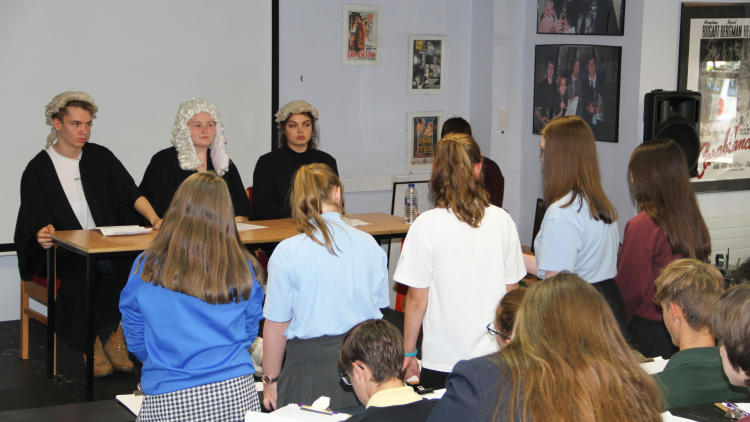 Pupils from seven of our Partner Schools recently took part in the annual Murder Mystery event at the College. Students from Alderwood School, Calthorpe Park, Cove School, Frogmore Community College, Robert May’s School, Tomlinscote School and The Wavell School enjoyed a day of investigation, questioning and problem solving. The event has been running for several years now. The purpose of the day is to enable gifted and talented students to have the opportunity to develop skills in subjects across the college curriculum in the areas of psychology, maths, biology, chemistry and law in a simulated murder mystery.

In the ‘Emergency Incident Room’ temporarily set up next to the ‘murder scene’, twenty young and enthusiastic crime investigators were briefed by Detective Inspector Slade and the Scenes of Crimes Officer, DC Sheppard. They were informed of a heinous murder that had taken place in the College grounds and that the police had arrested three suspects, each with a different motive for wanting the victim dead. The keen investigators were told that they must act quickly and effectively to find out the true identity of the killer by questioning and analysing all the evidence they would uncover throughout the day. Their overriding objective being to prove, beyond reasonable doubt, who killed the victim.

The investigation commenced with a visit to the ‘police laboratories’ where scientific experts were on hand to advise the investigators how to test for traces of blood and poison. Armed with crucial forensic evidence, and the knowledge of how to mathematically calculate probability, the investigators then turned their attentions to the suspects themselves. By using various interview techniques and carefully observing the suspects reactions, the young investigators were then able to prepare their submissions for a court trial. Before three experienced ‘judges’ and a ‘jury’ of twelve laypersons, each investigative team put forward their argument in an eloquent and persuasive manner using compelling evidence.

Thanks to the expert knowledge and honed skills of all the investigators the true ‘killer’ was convicted and given a life sentence…………justice was served. Well done to all the students who took part! Thank you to all the staff and students from across the College for contributing to a very successful day.