Houses of Parliament
Posted on 04 December 2019 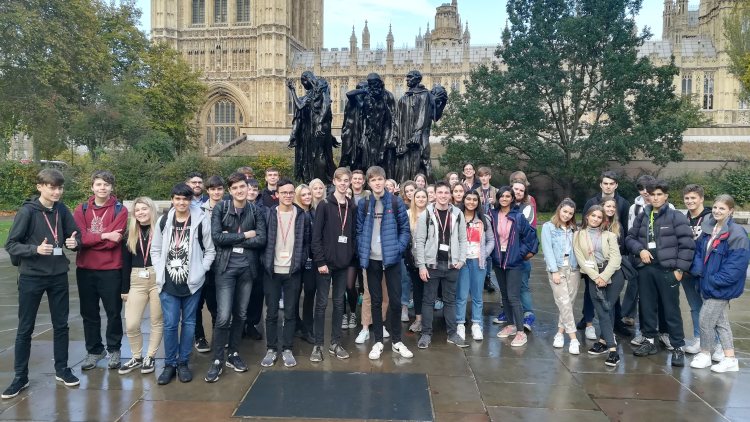 Forty first year politics students recently travelled to London to visit the Houses of Parliament and the UK Supreme Court.

They started with a tour of the UK's highest court and students were particularly excited to be able to sit in the same chairs as the top judges in the UK. Students were permitted to access court number one where they watched a live case being heard.

Afterwards, the students took part in a walking tour around Whitehall. Despite a little rain they managed to see Downing Street, Portcullis House and New Scotland Yard.

However, the real highlight was the tour of Parliament itself. The students were luckily there on the same day that the MPs were selecting the new speaker. The House of Commons was full, from Boris Johnson to Harriet Harman, Ken Clarke and Sajid Javid.  Students also attended a workshop and met Leo Docherty, MP for Aldershot, who answered our questions about votes for 16 year olds, compulsory voting and the upcoming election.

Nathan Scott, Curriculum Manager for politics said, “Speaker elections take place every ten years or so. I hope our students recognise just how lucky they have been. Once again our students were polite and courteous throughout. They were an absolute credit to the College.”