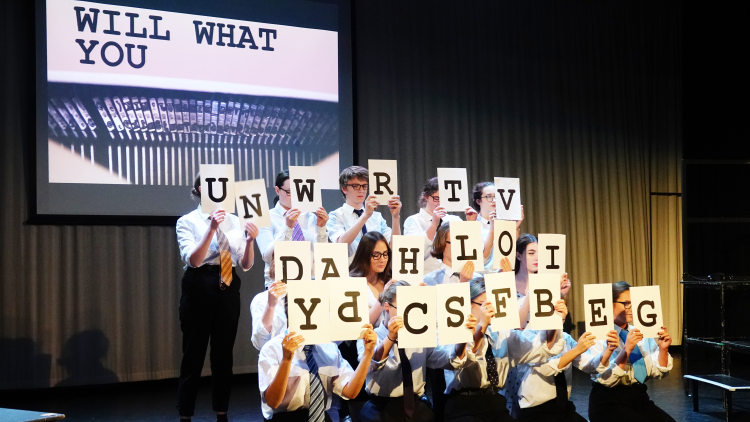 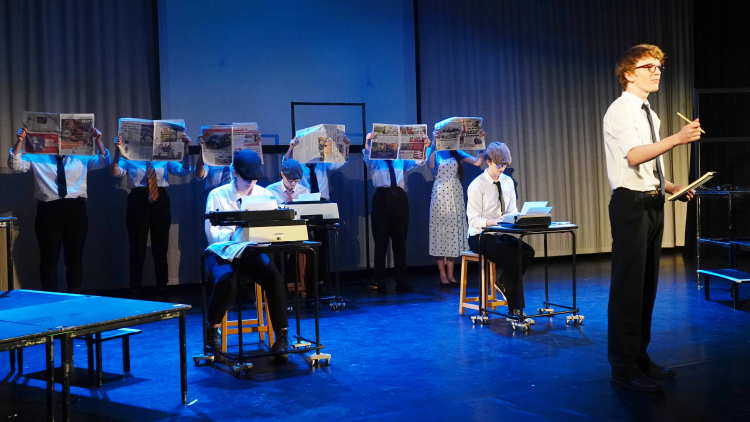 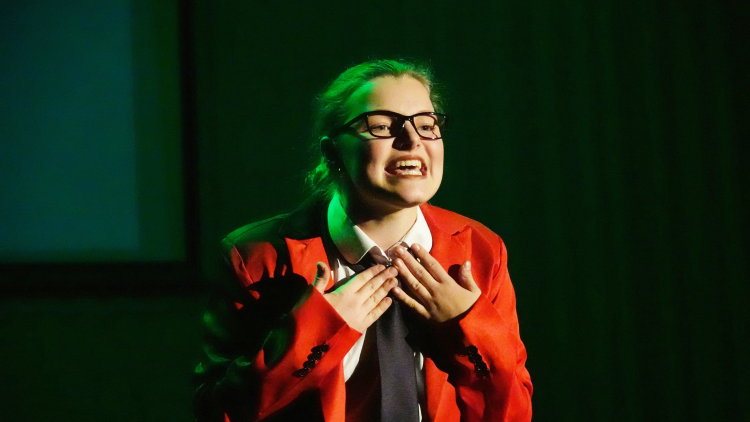 The Prospect Theatre Company recently performed their production of Hare and Brenton’s play Pravda in our Prospect Theatre. Pravda is an epic satire based on the media in the Thatcher era; a morality tale about how Andrew, a young liberal journalist, finally succumbs to Le Roux who makes him editor of a tabloid. Allegedly, the play is a direct representation of Rupert Murdoch who, even in 1985, was a major force in media ownership. The play essentially studies, through humour and close scrutiny, the tabloid ethic and the media industry as a “get rich quick fix”.

The 14 strong cast of first and second year enrichment students gave stunning and heartfelt portrayals of the play’s characters, making flexible uses of their skills to interpret a broad range of personalities, from heroes to villains. The cast dazzled us with their dance on the desks and their human typewriter, which set up the plays action with a question typed out and posed to the audience. They showed the breathtaking speed in which journalists were hired and fired and stories were written, edited, agreed or scrapped. In contrast, the argument scenes contained effective uses of pause and stillness to emphasise the stand-offs between the newspaper owner and his editors.

Thank you to everyone who came along to watch and well done to all the performers.