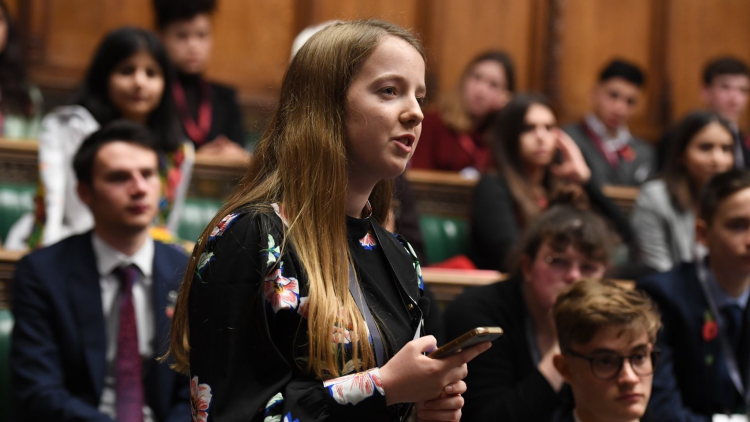 At the beginning of November, I found myself sat on the green benches in the House of Commons. Although, at the time there were no MPs, there were Youth Members of Parliament, and so we sat in their places debating on issues that are really important to young people. The UK Youth Parliament consists of democratically elected members aged between 11 and 18 years old. Once elected Members of Youth Parliament organise events and projects, run campaigns and influence decisions makers on the issues which matter most to young people.

This was UK Youth Parliament's Annual Sitting, and was chaired by the Rt Hon. Lindsay Hoyle and Dame Eleanor Laing, Mr Speaker and Madam Deputy Speaker, respectively. We debated five topics, which we would vote on at the end of the day, so that the top two would form our annual campaign. The topics debated were: hate crime, the environment, knife crime, mental health and a curriculum for life. I was lucky enough to be chosen to speak on the afternoon, and I addressed youth MPs, talking about the urgent need to take steps to save our environment, and why it should become our campaign.

It was such an important event, as young people across the UK were given a platform to speak, and I've met so many inspiring young people as a result. At the end of the day, we headed into the Division lobbies and did our vote by secret ballot. After we had voted, we sat and listened to speeches on the Peterloo Massacre and political reform, which were really thoughtful and were a great tribute to those who fought to give us the rights we have today. Dame Eleanor Laing then announced the all-important results: "Put an End to Knife Crime" and "Protect the Environment" would be our campaigns for this year. I'm extremely happy that these two have formed our campaigns and cannot wait to make our own campaign within Hampshire. Now, more than ever, it's important for young people to get involved with politics and feel like they have a voice. I'm really looking forward to going into local schools and youth groups and start making a change in our area.