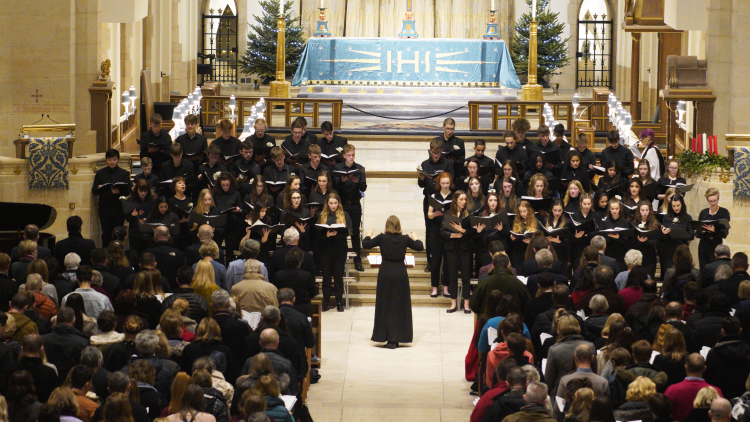 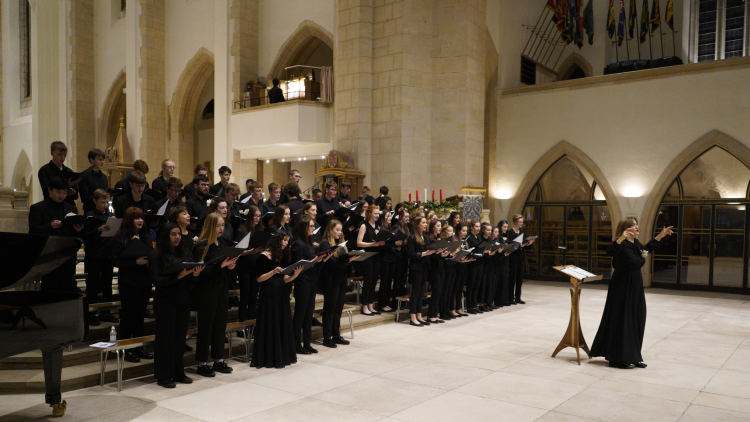 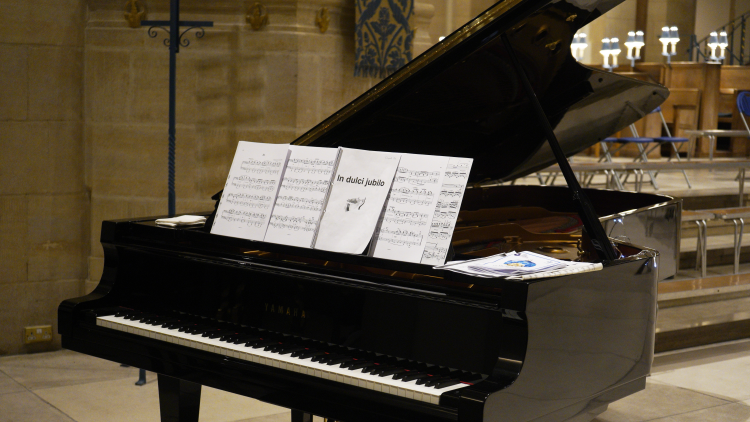 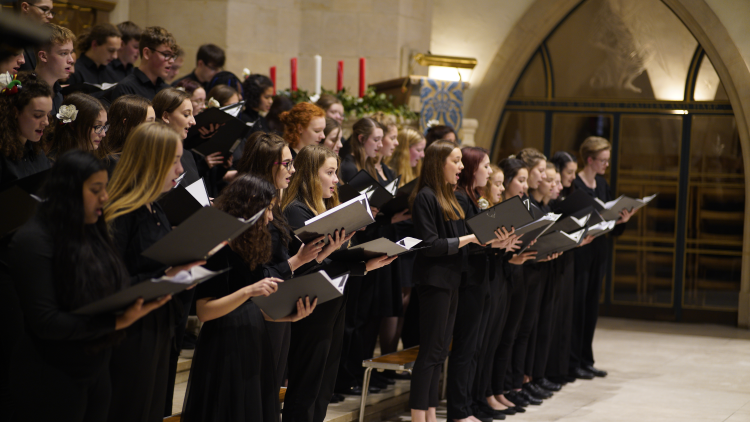 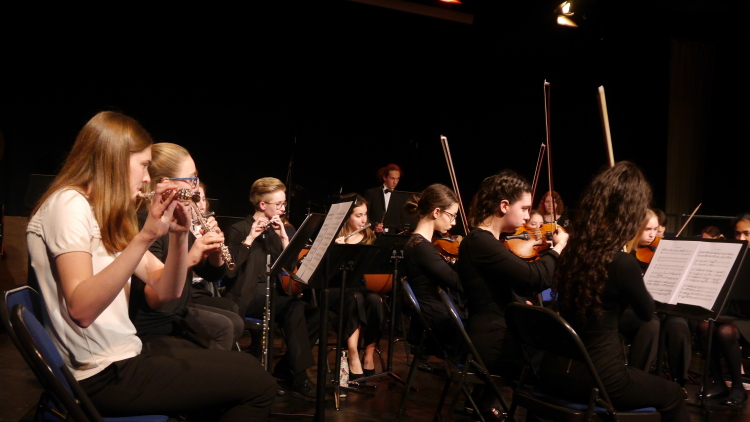 At the end of last term, students performed in two of the College’s largest annual music events – the Orchestra and Big Band Concert and the Christmas Carol Concert.

Our Orchestra and Big Band thrilled audience members with their level of professionalism and talent. The exciting and eclectic mix of musical works from jazz standards to classical favourites brought the audience to their feet.  The Big Band, directed by Stuart McSweeney, Curriculum Manager for music, performed a number of works from film, including The Incredibles by M. Giacchino and Somewhere Beyond The Sea by C. Trenet.

The evening also featured the world premiere of Himalaya Suite, an experimental piece by British film composer Christopher Schlechte-Bond.  Schlechte-Bond met the Orchestra students during their rehearsal for the concert and spoke to them about the experimental techniques that he had used to create this unique piece of music.  The piece told the story of a walk in the Himalaya’s from the beautiful sunrise to the creeping mist on the mountain range. Schlechte-Bond commented, “I was so impressed with the high standard and open-minded passion for new music.”  The Orchestra, directed by Jean Beers, Curriculum Manager for music performance, also performed Bolero by Maurice Ravel.

The Christmas Carol Concert, which took place at Guildford Cathedral, was another fabulous evening of well-executed musical performances and festive cheer.  Along with the College’s Choral Society and Chamber Choir, the congregation enjoyed singing a number of hymns including, ‘In the Bleak Midwinter’, ‘O Come, All Ye Faithful’ and ‘Hark! The Herald Angels Sing’.  The evening also featured another exciting first - the UK premiere of two French songs by Helen Samanci, ‘Chant de procession des offrandes’ and ‘Mon âme exalte le seigneur’, both performed by the College’s Chamber Choir.  The evening also included a number of readings given by students and staff telling the story of Jesus’ birth.  As well as conducting the choirs, Stuart and Jean took to the stage with Stuart performing a wonderful organ voluntary and Jean performing an extremely moving piano solo.

Matt Sheppard, Curriculum Manager of drama and theatre studies said, “I was truly inspired by the students’ performance.  From soaring vocals to intricately choreographed, choral harmonies, it was a wonderful evening that was thoroughly enjoyed by the College community.  Thank you to the Dean of Guildford, the Very Reverend Dianna Gwilliams, for leading us through the celebrations.”