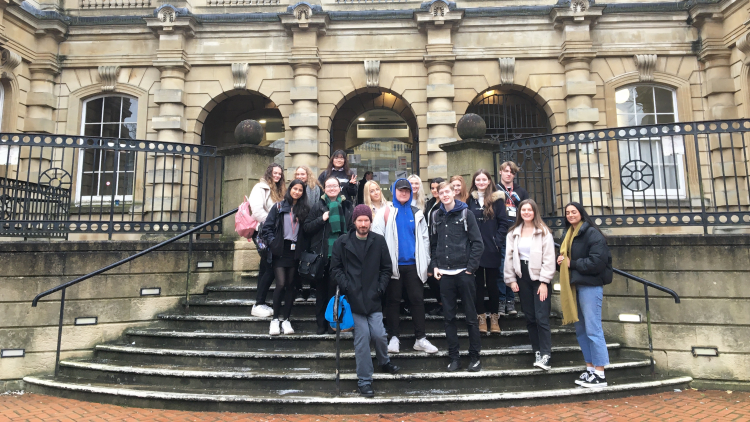 A group of second year psychology students recently visited Reading Crown Court to experience first-hand the day-to-day running of a courtroom.  The trip was in preparation for the criminal psychology unit, which focuses on what actually makes an individual a criminal.

“When we arrived at Reading Crown Court, we were briefed on the Court’s rules and regulations, which included switching off mobile phones and bowing to the judge every time you enter and leave the public gallery.  We then split into two groups and picked which case to observe.

Our group had the privilege of watching a case that was being overseen by Her Honour Judge Morris.  The case was in relation to a robbery which had taken place back in October 2017.  After the members of the jury were chosen and sworn in, we sat and watched the case unfold as the prosecution attorney presented their evidence and called eye-witnesses.

The proceedings were unfortunately brought to a close prematurely as the jury were dismissed for confidential reasons.  Judge Morris announced that the hearing would continue at the same time the next day and the defendant would remain in custody.  We then had the opportunity to talk to Judge Morris and ask her questions about her legal career.

The trip was a fascinating insight into the workings of a Crown Court and myself and my peers were so pleased we were given the opportunity to experience it.”