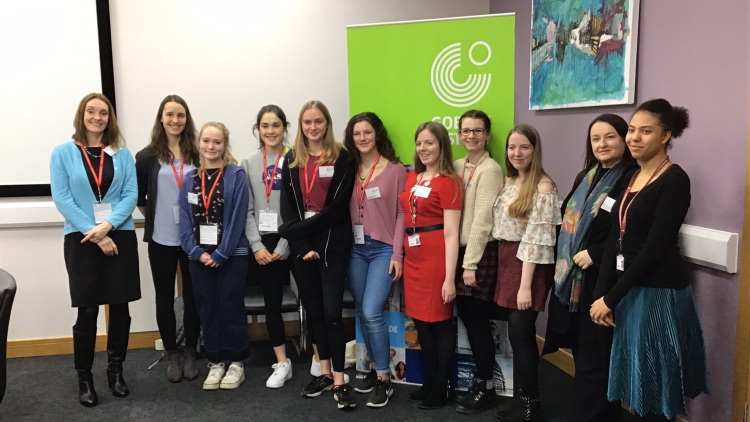 This year, the College’s team consists of four first year students: Amy Page, Hannah Lilly, Carys Hoggan and Bethan Hoggan. The topics this year were all based around sustainability. In the first round the students had to argue against student strikes for climate change. During the second round, the students faced Lady Eleanor Holles School and had to argue for free local transport to improve the climate.  After a tough few hours of debating, it was announced that Farnborough would be progressing to the semi-finals.

Carys Hoggan commented, “The competition has been an extraordinary experience. We have developed our confidence in delivering a convincing argument as well as our German pronunciation skills.  Our knowledge and understanding of German has really been put to the test.  We're over the moon to have made it to the semi-finals and are looking forward to developing our language and communication skills even further. Thank you to the amazing languages team at the College for helping us get this far!”

Stamatia Kalogeroupolou, Curriculum Manager for German said, “I am delighted that our team has got through to the next stage of the competition!  They have put in so much effort and hard work and I am extremely proud of their courage and professionalism.”

Congratulations to Amy, Hannah, Carys and Bethan who will be attending the semi-finals in early March – good luck!