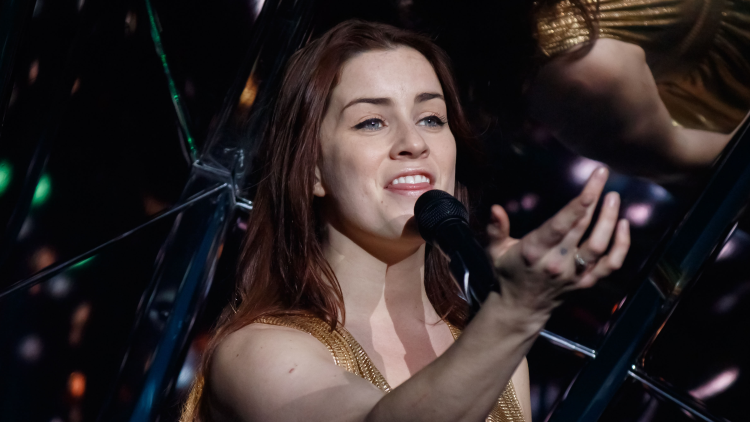 At the end of February, the performing arts students had the fantastic opportunity to attend a virtual workshop with West End star Lucie Jones.

Lucie first came to prominence while competing on series six of The X Factor UK in 2009, where she finished in eighth place. She represented the United Kingdom in the Eurovision Song Contest in 2017 and finished in 15th place - the country's best result since 2011! Her West End career, which began in 2010, ranges from roles in Les Misérables to American Psycho, We Will Rock You to Legally Blonde. She made her debut as lead character Jenna in the musical Waitress in May 2019.

The workshop, which will help the students with their upcoming unit on musical theatre, covered acting through song and advanced vocals. Lucie spoke in depth about her training, various different audition processes and the research and dedication she has put into her current leading role in Waitress. Students were also able to give an impromptu performance where they received some extremely helpful feedback from Lucie. The workshop ended with a Q&A session.

Lucie was so enthusiastic and passionate about the industry. She was really impressed by our students skill set and left them feeling positive and uplifted. She also performed 'She Used to be Mine' from Waitress which was amazing!

Ellis Simmonds, Subject Tutor for performing arts commented, “As a department, we were so pleased to be able to offer our students the opportunity to work with a West End performer! Lucie couldn't believe the high standard of work from our students' and has offered to come back and work with them again in the summer!”

Rosie Oldham, first year student said, “I found the experience so exciting and it was really helpful to get specific feedback about vocal techniques and how I can improve them. As someone who is very self-critical, having positive feedback from someone who I really look up to was so encouraging to hear.”