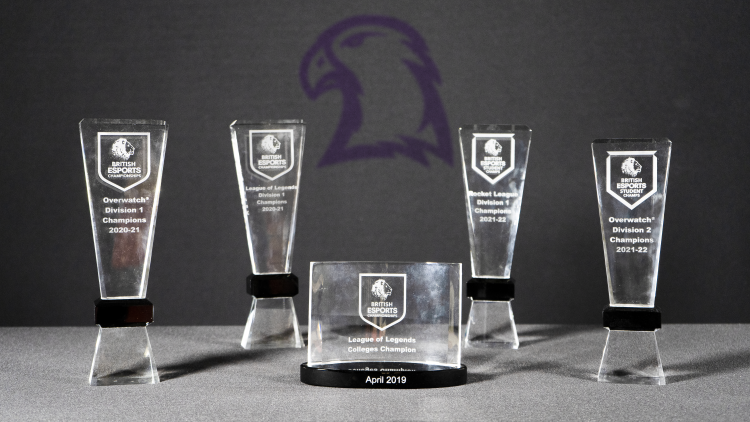 The Farnborough Esports team recently travelled to Nottingham Confetti X to compete in the British Esports Student Champs Grand Finals.  The event was organised by the fantastic team at the British Esports Association, and gave the students an experience that a professional Esports player would expect.

The students competed in the grand finals in Division 1 ‘Rocket League’ and Division 2 ‘Overwatch’.  'Rocket League' is a video game that combines car racing with soccer - two teams are pitted against each other in a futuristic arena to battle it out in five minute matches.  'Overwatch' is a team-based action game where every match is an intense 6v6 battle between a cast of unique heroes.

The Farnborough team have seen success in this competition in previous years, winning Division 1 'League of Legends' and Division 1 'Overwatch'; the team were keen to continue the fantastic legacy Farnborough have built!

The first day featured our Division 1 'Rocket League' team taking on Exeter - the only team to defeat Farnborough in the group stage.  The teams competed in all seven games in the series before Farnborough came out on top, securing our first title in 'Rocket League'.  This made Farnborough the first team in Esports history to win the Division 1 title in all three original games offered by the competition!

The second day saw Farnborough take on Altrincham Grammar School for Boys in 'Overwatch'; this match also concluded in the final of the five game series, which ended with both teams on ‘99% captured’ in the final point.  The match was decided in the final battle and fortunately, Farnborough held onto the victory.

Steven Cale, Senior Media Technician and Industry Liaison, said, “The students have worked incredibly hard all year to earn their spot in the Grand Finals and they certainly made the most of this opportunity.  The College now has five student champs titles, making Farnborough one of the most decorated institutes in the country!”