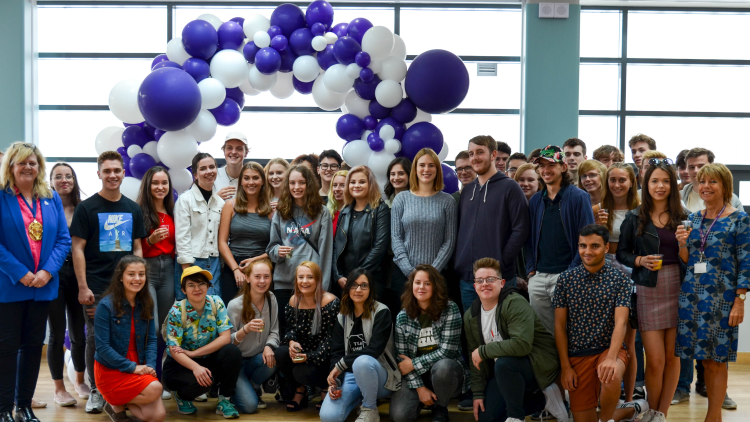 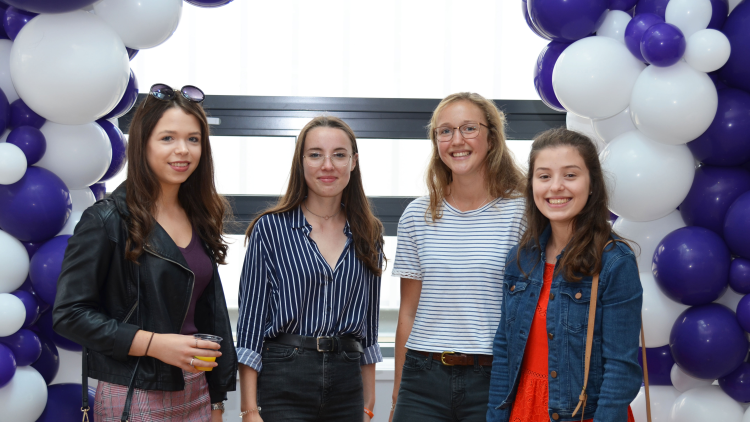 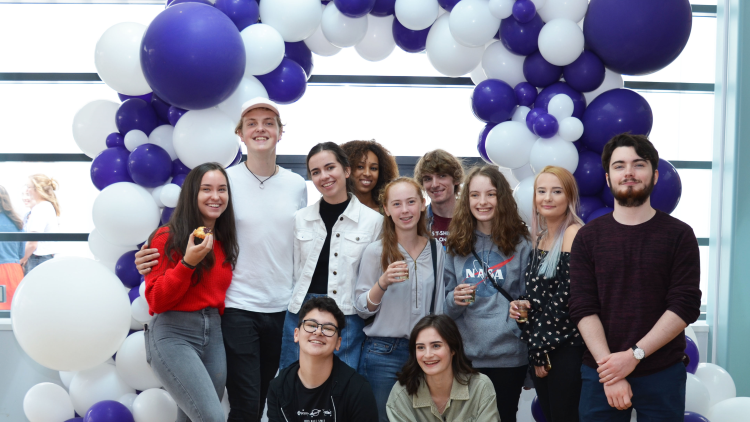 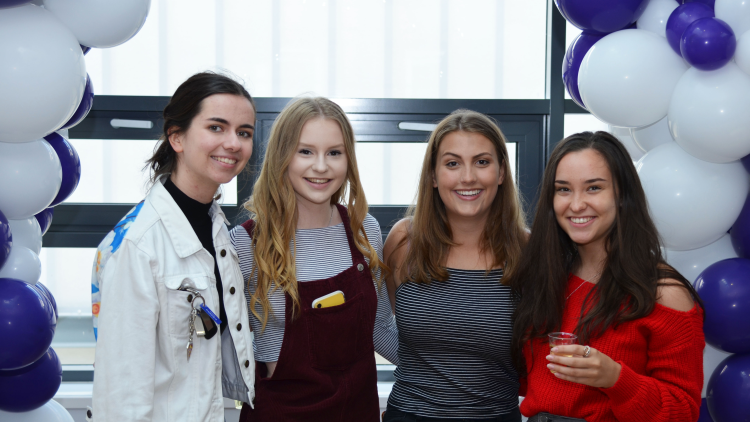 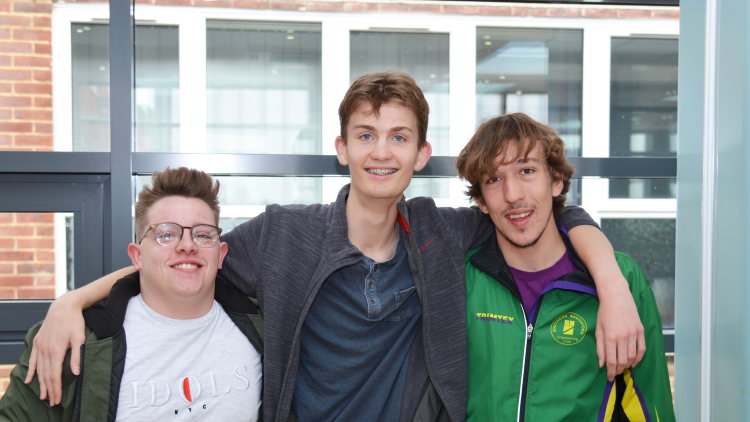 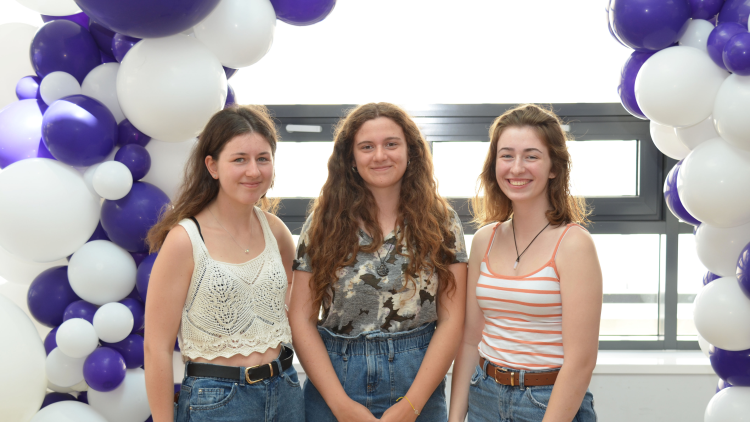 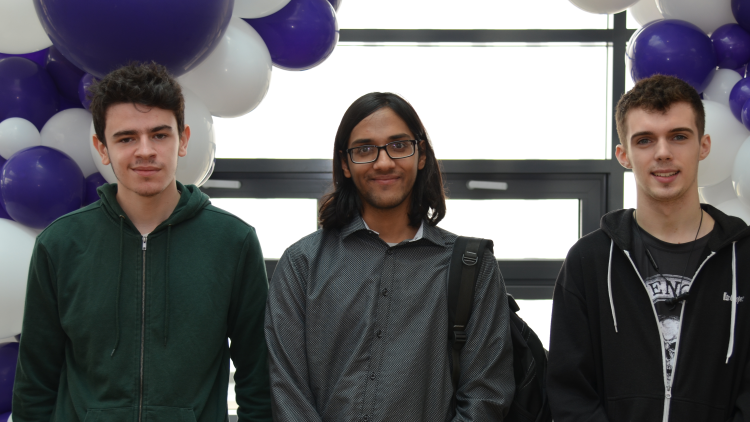 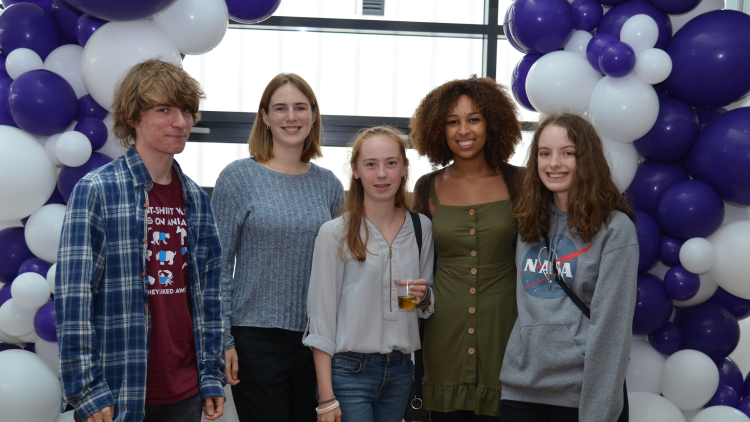 It has been yet another outstanding year for results at the College! Against a backdrop of linear A levels and more rigorous assessments intended to prepare young people for their next steps, College students have achieved a fantastic pass rate of 99.2%.

Nationally, the A* to E pass rate is 97.6% - not only have our students achieved well above the national average, they have maintained the phenomenal achievements gained by Farnborough students over the past 11 years!

Although nationally the percentage of students achieving A grades or higher has fallen to 25.5%, at Farnborough an astonishing 30.7% of all A level grades were awarded at A* to A.

The following students have distinguished themselves this year gaining four A* grades:

Clair Mould, going on to study Maths at Southampton

Fred Taylor, who will take up a place at either Warwick or Cambridge to read Maths

Harry Linehan-Hill and Ben Knights, who will both be moving on to Oxford to read Maths

Lewis Hall, taking up a place to study Mechatronic Engineering at Southampton

Jonathan Marriott, going on to study Maths and Computer Science at Bristol

Ramin Vasanthakumar, who will be moving on to study Maths at Cambridge

Tom Tyler, taking up a place to study Engineering at Cambridge

Charlotte Rowe achieved four A*s as well as an A* in her EPQ project, ‘Making a Quadcopter’, a remarkable achievement!  Charlotte will now go on study Engineering at Cambridge.

In addition, 30 students achieved three A*s at A level or three Distinction*s in their vocational studies, including:

Zeeshan Bhutta, who will take up a place at Leicester to study Medicine

Isabelle Fitzgerald, going on to study Law at Birmingham

Benjamin Thomas, who is going on to study History at Durham

Jamie White, taking up a place to study Criminology at Surrey

Emily Jones, going on to study Chemistry and Biochemistry at Southampton

Bethan Delves, who will take up a place at Nottingham to study Law

Vocational results are equally impressive, with a 96.9% pass rate.  91.6% of students achieved high grades, an amazing 10% increase from last year!

We are also incredibly proud of the achievements of 23 students who studied at the College for three years.  They all started at Farnborough on a one year Level 2 programme, as they did not have the required GCSE grades for Level 3 study.  Having successfully passed their Level 2 courses, they then progressed onto studying Level 3 courses over two years.  These students have now achieved the equivalent of 61 A levels between them, including 13 at Distinction* and seven double awards at Distinction* Distinction*.

It has also been a fantastic year for those students re-sitting GCSEs in English and Maths at the College.  Our English pass rate was an amazing 69.2%, compared to the national figure of 31.9%.  Our Maths students also shone with an impressive 61.1% pass rate compared to a national figure for 16 to 19 year olds of 22.3%.

Principal, Catherine Cole, commented, “This is a wonderful set of results for the College, but more importantly for the hundreds of students who have worked so hard to achieve them.  Results like these will certainly help our young people enter the next stage of their lives with confidence, which is our mission as educators.

What you don’t see behind this data is everything that our students have accomplished outside of the classroom.  Numerous drama and music performances and the Summer Art Exhibition, as well as success at the Zonta Awards, Fleet Film Festival, eSports and AoC Championships are just some of the extra-curricular opportunities that enable our students to really excel as individuals and stand out from the crowd!

I am sure that the students would all recognise the hard work and dedication of their inspirational teachers and exceptional pastoral tutors, as well as all the support staff that make the College such a dynamic place in which to achieve success.

We are extraordinarily proud of all the students who have received their results today and wish them well for the future!”

Students perform in their...