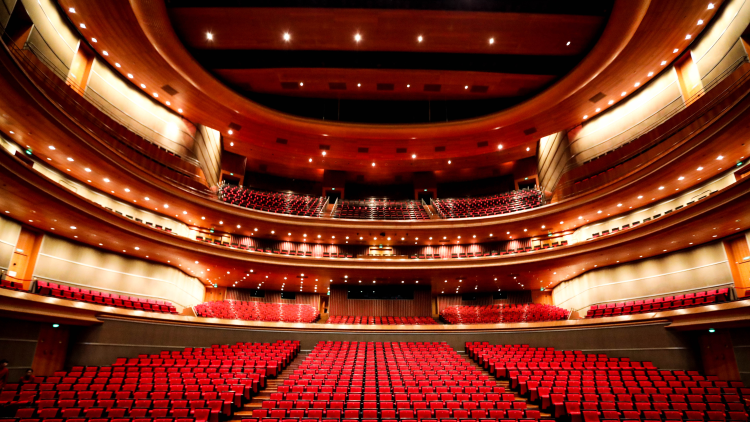 In December, students from the College’s A level Drama & Theatre Studies course visited The Royal Court in London to watch the play, ‘Rare Earth Mettle’.  Set in Bolivia, the play followed the conflict between a billionaire tech mogul, an NHS doctor and members of the indigenous communities in the Andes, as each made their own claims to a vast salt flat.  Starring Arthur Darvill, known for his lead roles in TV programmes such as ‘Doctor Who’ and ‘Broadchurch’, and written by Al Smith (nominated for the Evening Standard’s Most Promising Playwright award), students were thrilled to experience a brand new piece of theatre which both challenged and entertained in equal measure.

Blending abstract movement and intense political debate, the play covered topics including climate change, colonialism and mental health, all wrapped in a relevant and frequently hilarious satire.  Between Darvill, Carlo Albán, Genevieve O’Reilly, and an outstanding supporting cast, the argument over who had the best claim to the salt flat was thrillingly played out.

The second year students will use this experience to discuss live theatre for their Component 3 written assessment, as well as drawing inspiration from the techniques used by the creative team when they devise their Component 2 performances.

One student commented, “I really enjoyed the play; it was one of the most fascinating pieces I’ve seen.  It effectively riffed on so many contemporary issues and challenged modern values, but in a way that was thoroughly entertaining throughout.”

Rebecca Lewis-Verebelyi, Curriculum Manager for A Level Drama & Theatre Studies said, “It was so exciting to be able to take students to see a live theatre performance again, particularly at The Royal Court Theatre, renowned for its emphasis on innovative playwriting.  ‘Rare Earth Mettle’ certainly didn’t disappoint, and it filled our students with so much inspiration in both ideas and approaches to interpreting them for their own work.”