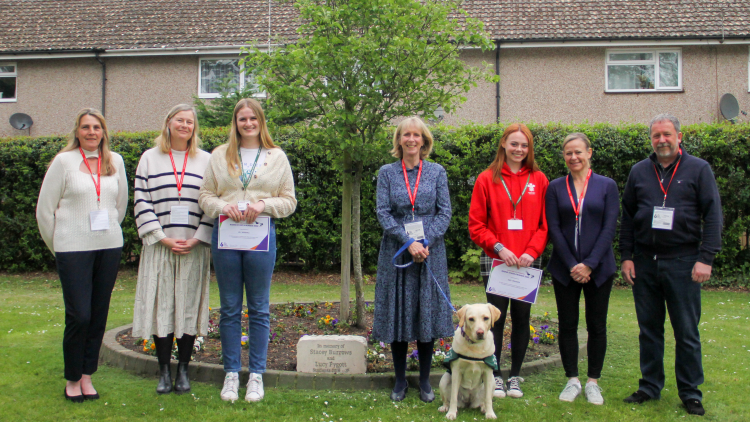 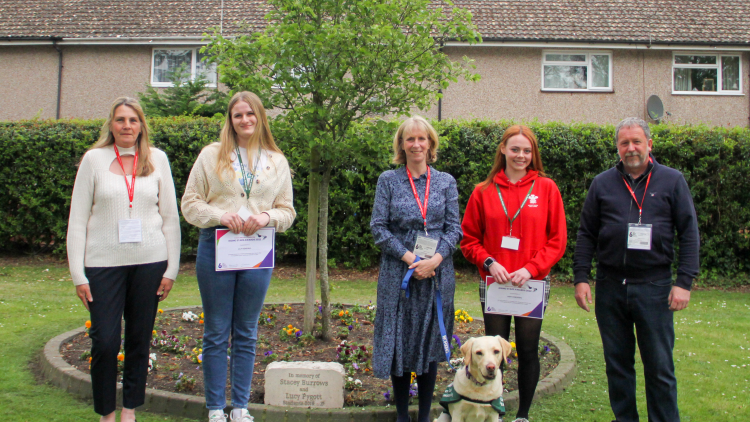 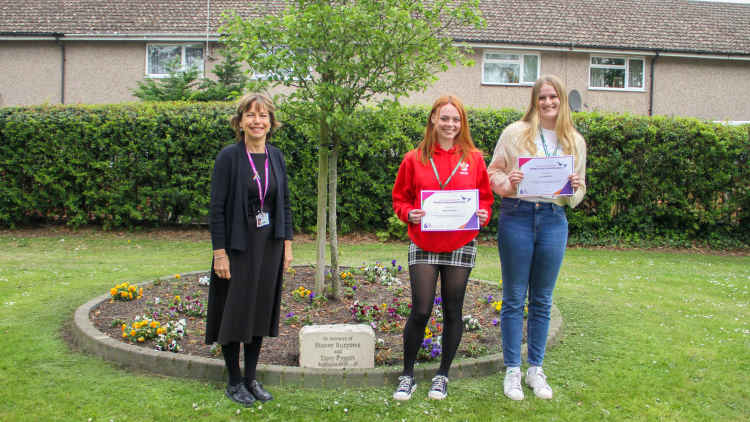 Two students have recently been presented with a 2022 Rising Stars Award.  This is the fourth year of the awards which were introduced following the creation of The Stacey and Lucy Foundation in 2018.

The Rising Stars Awards were introduced to help support College students to reach the next level in their chosen sport by awarding grants to go towards sporting equipment, transport costs and competition fees.  We received a number of applications from young hopefuls and, after reading them all, the families of Stacey and Lucy selected this year’s award winners.

Congratulations to Amy Cradden and Lily Kendall, who are now both in their second year at College and hoping to go on to study at Loughborough University.

Amy has been selected for the Welsh national U18 hockey squad, representing the country recently in her debut against Scotland.  She hopes to continue to develop as a hockey player; her future goal is to play at senior international level.  She said, “I’m really grateful to have received this award, and to represent Stacey and Lucy and the qualities they showed, every time I step on a hockey pitch.  I will use the money to pay for competitions and tours with Wales, so that I can make the most of the opportunities I have received!”

Lily specialises in throwing the Hammer and Discus which are both technical events, meaning lots of training and perseverance.  She is a Surrey, Hampshire and national athlete, and her achievements include the English Schools Competition and being double Surrey county champion.  Lily hopes to continue her athletics at Loughborough University, learning from the best coaches and throwers, and she aspires to compete internationally in a Team GB vest!  For now, she is looking forward to competing each weekend and throwing more personal bests!  She said, "The award is such an amazing way to support anyone who is combining college life with a demanding sport.  I really appreciate how thoughtful the families of Stacey and Lucy are, and the support they’ve shown towards my sporting journey.  The award will help me to buy some new discuses for competition and training, which will really help me throw my best.  Thank you!"