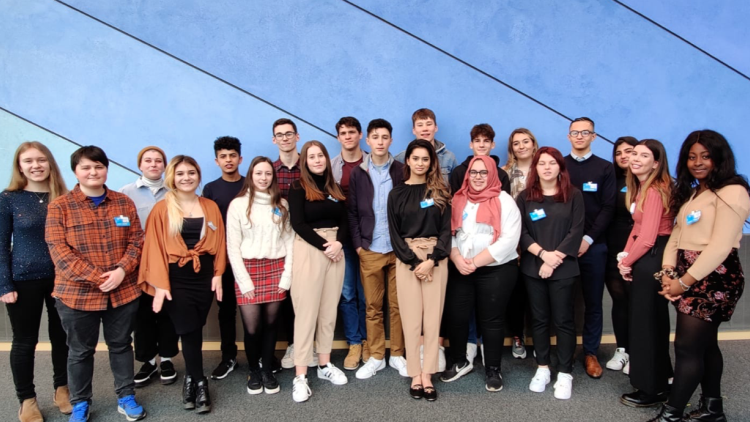 The aim of the programme is to offer an opportunity to those young people who do not have the connections or the means to be acquainted with the EU institutions and who have never followed a similar programme.  This visit was particularly poignant, as it would be the last trip that would run prior to the UK leaving the EU.

The week itself was surreal – we spent the week having conversations with non-governmental organisations such as WWF; dining with Members of European Parliament (MEPS); and visiting the Facebook Headquarters. What resonated most with me was the people that I met and had conversations with; having known they would be losing their jobs the coming Friday.

Catherine Bearder, the now former MEP for the South East of England, told us about her 11 year career in the European Parliament.  She played a pivotal role in advocating for and passing legislation on the environment, human trafficking and wildlife crime.  Catherine’s passion and sincerity regarding all topics was undeniable - she went into her role as MEP wanting to make a difference and found that the European Union was the best place to begin.

The most important thing that I took away from the trip was the vastness of the EU and all it has done to benefit the United Kingdom. Not only did it give us freedom of movement, millions of jobs, and guaranteed security on not only a political but crime-based scale; but also millions of euros of investment in some of our country’s most underdeveloped regions.

Thus, I end with the words of a number of MEPs in the plenary session in the European Parliament at the end of January, “We will say À bientôt to the EU - this is not an Au Revoir”.