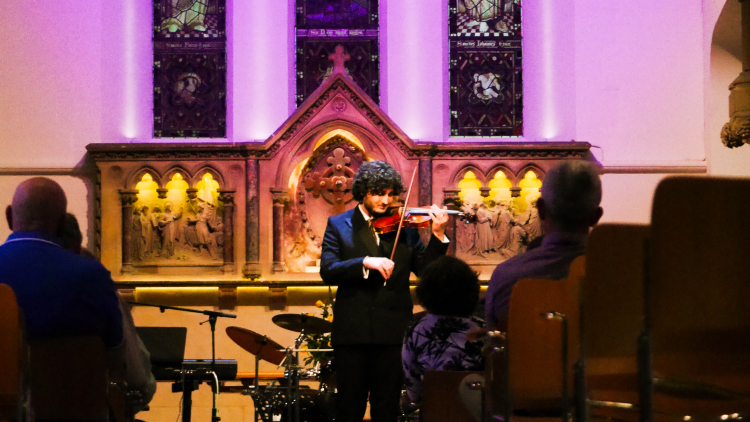 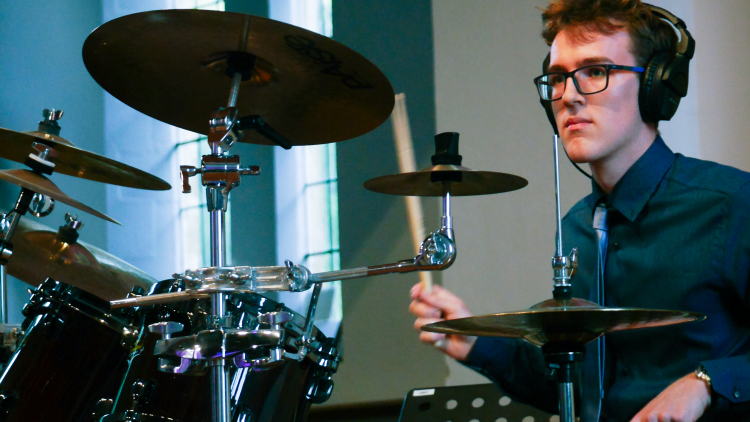 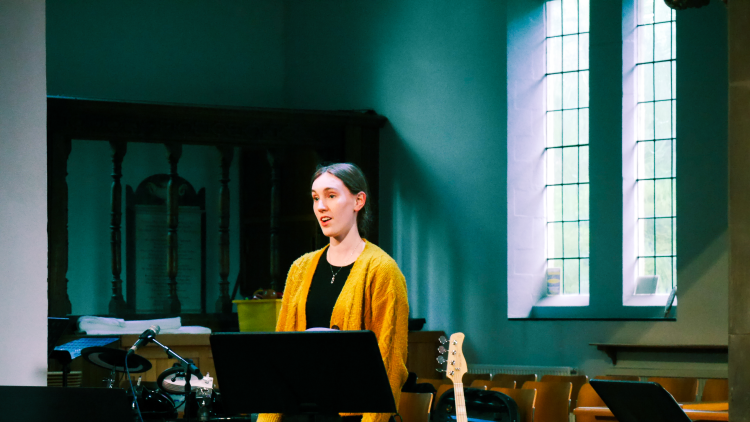 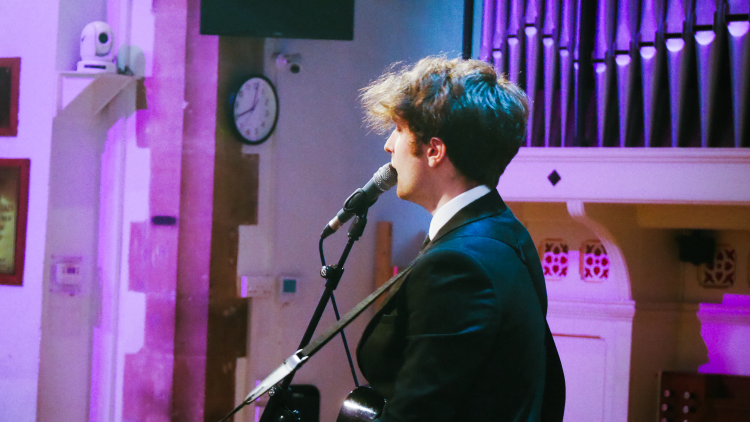 At the end of June, our Music Scholars took to the stage for their final concert of the year.  The concert was hosted at the stunning St. Peter's Church in Farnborough.

Opening the evening, Maia, our trombone scholar, played a beautiful rendition of ‘Sonata Vox Gabriel by Steven Sulek’.  Following this bold entré, we had an eclectic mix of songs varying from acoustic guitar ballads, sung by Connor (singer/songwriter scholar), to Heavy Metal drumming from Remy.  At the end of the first half, the audience had the pleasure of experiencing Julia’s vocal performance of ‘Song To The Seals by Granvile Bantock’.

Following a brief interval, the remainder of our Scholars kept the musical standard at a high, ending the night with a group performance of ‘I Wish’ by Stevie Wonder, arranged by first year scholar Charlie.  A few of our Scholars also had the opportunity to be accompanied by Ben Giddens, who also accompanied the Scholars in their Autumn Concert this academic year.

First year Scholar, Charlie commented, “It was amazing fun and a great way to say goodbye to the second years!”

Stuart McSweeney, Curriculum Manager for music, said, "Huge congratulations to all students who took part - there was such a diverse range of music on show from Baroque to metal, and folk to original contemporary compositions culminating in an arrangement by Charlie of "I Wish" by Stevie Wonder.

The standard of performance was excellent and the students handled themselves professionally.  We wish a fond farewell to our Year 2 Scholars and look forward to hearing about their musical exploits post-College.  Thank you to Richard for masterminding this and all concerts, Maisie for her technical support and for Eloise's photography and programme design."

Autumn Term Science Round U...

The Opening of the Colleg...