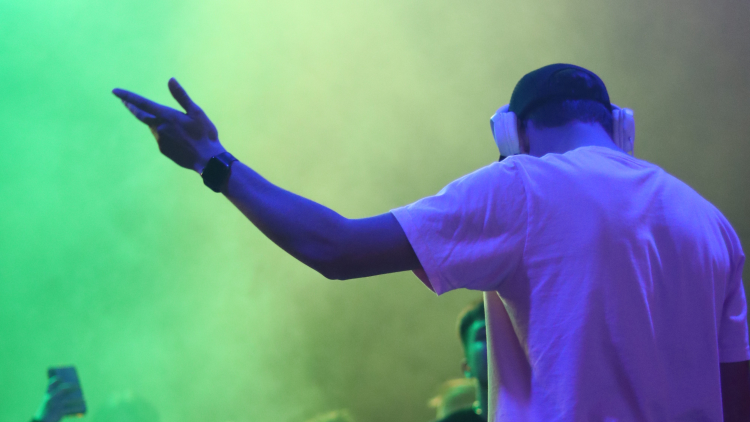 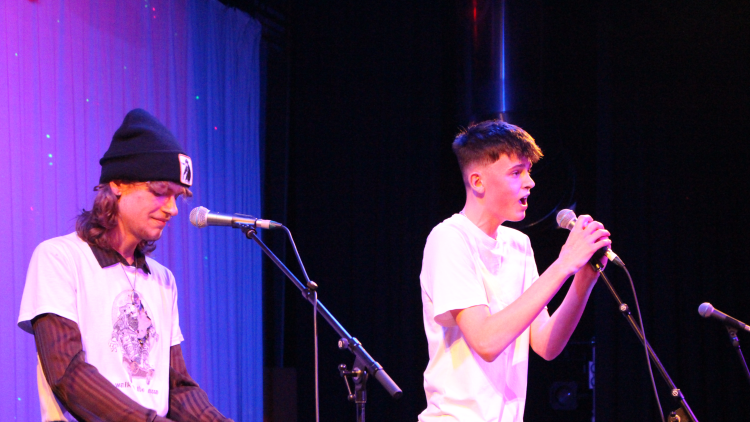 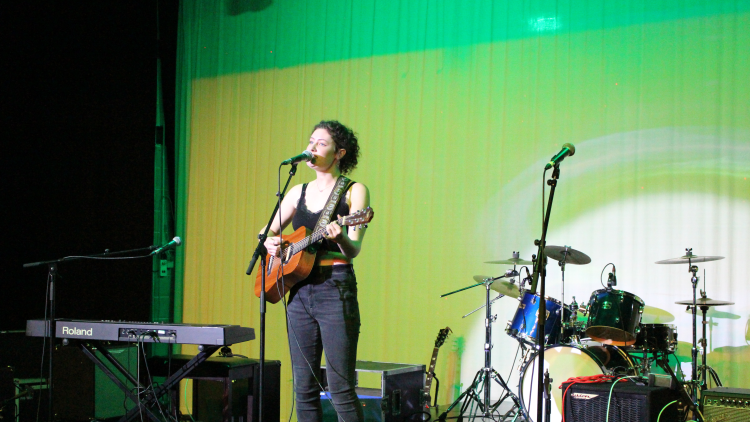 Friday 14 October 2022 saw ‘SIXFEST’, the College’s largest annual music festival take to the stage of the Prospect Theatre for a truly dynamic and exciting evening. The huge range of musical acts raised almost £1000 for our chosen charities - ‘Mind’ and the ‘RSPCA’.

Organised by the students and staff from the Music and Music Technology departments, the event showcased some of the greatest musical talent from across the College. The sold out festival, featured styles from high-energy Punk to acoustic Pop, ambient Rap and vibrant House and Dance music. Electrifying rock bands, talented acoustic solo artists and dynamic headliners also featured on the night demonstrating musical creativity, professionalism and stylistic flare.

The night began with a grunge-inspired acoustic set from solo artist Emma Woolford, who enchanted the audience with an ethereal multi-instrumental set. The energy ratcheted up a gear when Loose Change took to the stage, exciting the crowd with covers of Royal Blood and Audioslave. Next followed a cool, downtempo Pop & R’n’B set performed by Molly & Kabir, leaving the crowd utterly transfixed and cheering for more. The intensity ramped up once again with Indie Rock band, the Croc Martens, whose covers of Harry Styles, Katy Perry and Sam Fender brought a fun-filled vibrancy. Contemporary upcoming Rap artist, Arlo, then took to the stage to perform his tracks, including his most recent release, ‘Boomerang’.

During the second half of the evening, Adomania put on an impressive performance. The band played an array of original indie-rock material, sending the crowd into a wild frenzy. Next up were Kyle & Adam who performed showstopping tracks from ‘The Greatest Showman’ and ‘Waitress’ which inspired a beautiful sea of phone torches in the audience! The final act before the headliners were Rock band Barbarism, performing high-octane covers by Arctic Monkeys, Fontaines D.C. and Blur. They were closely followed by an incredible set from well-established professional artist Logan Cannon, who delighted the crowd with beautifully atmospheric lighting and exhilarating alternative Rap music featuring his autotune pedal. The evening reached its climax with the final headliner; the College’s own residential DJ Joshua Aaron, who performed an incredible set of modern Drum & Bass and Dance music.

Music Curriculum Support and Co-Festival Organiser, Eloise Warren, commented, “I’m so proud of all our students for putting on a great show. The amount of talent this year really set the bar high”.

Curriculum Manager for Music Technology, Matt Prudente-Poulton, added “This event was our largest musical festival to date. The newly acquired sound system and lighting array were so impressive, people are still talking about it. An unbelievable night of energy and music - here’s to next year!”.

A member of the band ‘Barbarism’ said, “We had an amazing time performing, the crowd were the most energetic we've played to and we can't wait to perform again”.

Keep an eye out for future SIXFEST events!

Hear what our students go...

A Celebration Of Christmas

A rundown of our recent a...

The Psychology of Serial...